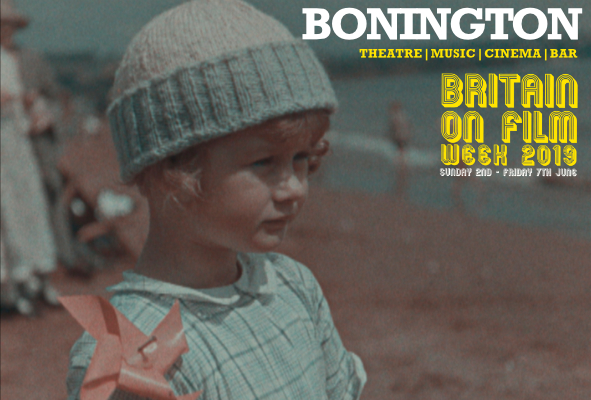 A week of archive and heritage film screenings celebrating the rich and diverse history of the British Isles as captured on film during the 20th Century. The programme will include films from the BFI & ICO’s Britain on Film archive as well as more locally focussed films including the most recent project from Gedling Borough Council and The Heritage Lottery Fund.

A charming, imaginative Disney retelling of the Robin Hood legend. Fun and romance abound as the swashbuckling hero of Sherwood Forest and his valiant sidekick plot one daring adventure after another to outwit the greedy Prince John (Sir Peter Ustinov) and his partner as they put the tax squeeze on the poor.

At a time of intense public activism both at home and across the globe, explore the varied and fascinating history of public protest in the UK the newest addition to the archive film programme: Britain on Film: Protest!

From a 1910 suffragette demonstration to striking coal miners in the Rhondda Valley, from female CND protesters spanning the Tamar Bridge to the defeat of fascists at London’s Cable Street, this absorbing, illuminating collection examines the nature of protests large and small and for causes regional and national, by participants fighting for suffrage and democracy, against exploitation and inequality, for fair wages and worker’s rights, for public safety, freedom and community and in the face of war and oppression.

Sourced from the national and regional archives and newly digitised, Britain on Film: Protest! tells a story not just about specific protests and their causes but about a tumultuous social, political and economic century and the constant, dynamic presence of public dissent and its effects as a weapon of change – at a time when raising our voices feels more essential than ever.

This special Free Screening of The History & Heritage of Gedling Borough will be followed by a Q&A panel featuring special guests and a discussion around archive film and the Midlands.

*Tickets are free, but please book your place using the links provided*

Known as “The Queen of the Midlands”, Nottingham is an ancient city with a rich cultural and industrial history. The twentieth century saw rapid change for Nottingham, in the market square - the largest in England outside the capital and scene of many civic celebrations, in industry and transport, as well as in everyday life – and the new medium of film was there to record this change.

Amongst the films are scenes of enjoyment at the Goose Fair, coronation celebrations, life on the shop floor in knitwear, lace, bicycles and tobacco; trade on the River Trent, and a wealth of news reports from ITV’s regional news magazine programme, ATV Today. These include the opening of the Nottingham Playhouse and building work at the ‘new ‘Victoria Centre, both in 1964.

Book Tickets for Notts on Film

Let’s go to the seaside! Travel round Britain’s gorgeous, varied coast, filmed throughout the 20th century from 1901 to 1978. Take a nostalgic promenade to classic British holiday resorts including Weston-super-Mare, Morecambe and Skegness, a visit to Butlin’s in Brighton and 1930s surfing in Newquay, while a 1947 information film cleverly undercuts travel clichés by showing how Dover, a traditional tourist town, is remaking itself after heavy bombings during WWII.

Enjoy a lush travelogue around the coast via Claude Friese-Greene’s wonderfully re-coloured footage. Learn about lifeboats via the RNLI’s brisk, engaging promotional film; the private life of seabirds in Julian Huxley’s pioneering, Oscar-winning short film and explore the world of shipbuilding with the construction of the SS Olympic. All the while, in the background: the shimmering sea.

Book Tickets for a trip to the Seaside!

Britain on Film: Rural Life (U)

The second programme from Britain on Film archive  is an evocative exploration of the countryside of the UK, taking in the diverse and beautiful landscapes of all our home nations.

Britain on Film: Rural Life takes audiences down the country lanes of the past, meandering through the dwindling customs of another era. Relive the work of the local blacksmith preparing shoes for the horses that will plough the fields, and the shepherd’s trials as he protects his flock from an encroaching storm. Be swept up in the homemade entertainment and giggles of children at the country fair and the joyful freedoms of the dance in the village hall.

Touching on all the technological, industrial and social changes that affected our countryside throughout the 20th century, these films evoke and encourage not only nostalgia, but also broader and more meaningful reflections on the nature of rural life and village communities in the UK today.

From Picture Palace to the Multiplex: Cinemas In the Midlands

This nostalgic compilation of archive film curated by MACE, the screen archive for the Midlands, is a look back at the shared experience of a night at the flicks.

From the closure of the oldest cinema in the Midlands to the Birmingham venue that showed South Pacific for a whole year. Whether you remember being an ABC minor, are nostalgic for the sound of a Compton organ or remember the arrival of Bollywood in Britain, there’s sure to be something to bring the memories back.

*Tickets are free, but please book your place using the links provided*

Using state-of-the-art technology and materials from the BBC and Imperial War Museum, filmmaker Peter Jackson allows the story of World War I to be told by the men who were there. Life on the front is explored through the voices of the soldiers, who discuss their feelings about the conflict, the food they ate, the friends they made and their dreams of the future.

"An electrifying journey into the first world war trenches" (Guardian ★★★★★)

"A portrait of matchless immediacy and power" (Telegraph ★★★★★)

Book Tickets for They Shall Not Grow Old

The latest addition to the Britain on Film programme looks back to chart a century of arrivals to the UK. Featuring the voices of different generations of British immigrants themselves, we are delighted to present Britain on Film: Welcome to Britain.

Whether seeking safety, freedom or simply a better life, the 20th century saw a rise in immigration to the UK. Sometimes welcomed, immigrants have also encountered hostility, racism and xenophobia even as they have enriched Britain’s economy and cultural life.

Lancaster Skies is a loving homage to the classic British war films of the 1940’s and 50’s. Douglas Miller, a broken, solitary, Spitfire ace, who survived the Battle of Britain, transfers to Bomber Command, determined to take the war to the skies over Nazi Germany. Douglas must take the place of a Lancaster Bomber crew's cherished and respected skipper, who was killed in action. With the crew against him, he must gain their trust and overcome his past to become the leader they so desperately need.

As a young student, J.R.R. Tolkien finds love, friendship and artistic inspiration among a group of fellow outcasts. These early life experiences soon inspire Tolkien to write the classic fantasy novels The Hobbit and The Lord of the Rings.