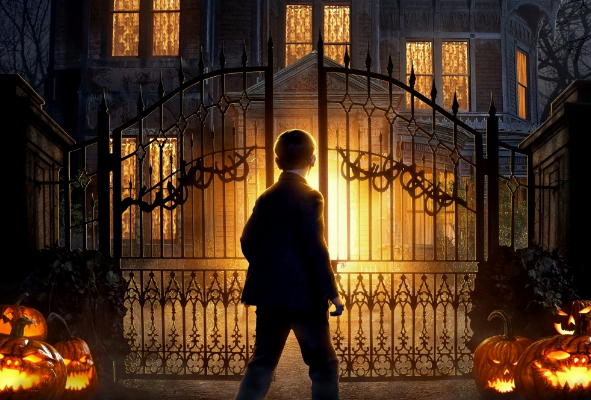 Halloween is almost upon us and that means it's time for some Spooky Cinema! We've got some great films lined-up this year...

Halloween is almost upon us and that means it's time for some Spooky Cinema!

We've got some great films lined-up this year, have a gander below...

The Little Stranger (12A)

During the summer of 1947, country doctor Dr. Faraday tends to a patient at Hundreds Hall, where his mother once worked as a housemaid. The Hall, which has fallen into decline, is home to Mrs Ayres and her two children. After taking on the new patient, Dr. Faraday finds the Ayres family's story will soon become entwined with his own, as strange things begin to occur in this stunning adaptation of Sara Water’s gothic-horror novel.

Book Tickets for The Little Stranger

After they crash their UFO into his house, 12-year-old Luis embarks on a wild quest to help three tiny extra-terrestrials return to their huge mother ship in this charming animation.

Book Tickets for Luis & The Aliens

The House With A Clock In Its Walls (12A)

Jack Black stars in this adaptation of John Bellairs 1973 Gothic-Fantasy novel. The magical adventure tells the spine-tingling tale of 10-year-old Lewis (Owen Vaccaro) who goes to live with his uncle in a creaky old house with a mysterious tick-tocking heart. But his new town's sleepy façade jolts to life with a secret world of warlocks and witches when Lewis accidentally awakens the dead.

Book Tickets for The House with A Clock

Professor Phillip Goodman devotes his life to exposing phony psychics and fraudulent supernatural shenanigans. His skepticism soon gets put to the test when he receives news of three chilling and inexplicable cases...

Disturbing visions in an abandoned asylum, a car accident deep in the woods and the spirit of an unborn child. Even scarier -- each of the macabre stories seems to have a sinister connection to the professor's own life.

When Ellen passes away, her daughter's family begins to unravel cryptic and increasingly terrifying secrets about their ancestry. The more they discover, the more they find themselves trying to outrun the sinister fate they seem to have inherited.

*Please note this film starts at the later time of 9.30pm*