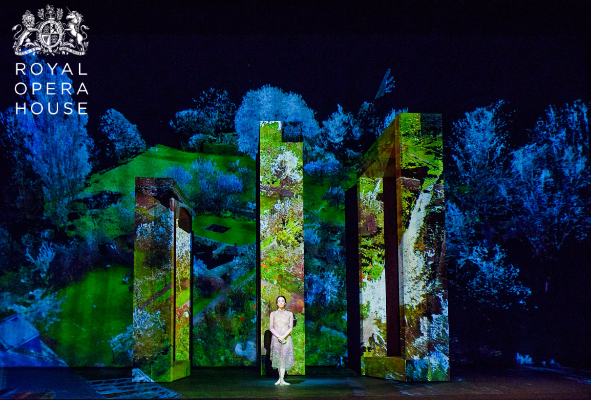 The National Theatre, Royal Opera House and many more are offering interactive ways to explore their content!

Missing the Theatre? The course of true love never did run smooth in Shakespeare's A Midsummer Night's Dream with Game of Thrones star Gwendoline Christie.

A feuding fairy King and Queen of the forest cross paths with four runaway lovers and a troupe of actors trying to rehearse a play. As their dispute grows, the magical royal couple meddle with mortal lives leading to love triangles, mistaken identities and transformations… with hilarious, but dark consequences.

The show will be broadcast on Thursday 23rd June at 7pm and will be available until Thursday 2nd July.

Head to the National Theatre's YouTube channel for more details...

Wayne McGregor’s award-winning ballet triptych Woolf Works is inspired by the writings of Virginia Woolf, with an original score by Max Richter.

The RSC will be broadcasting six of their plays on the BBC between now and September.

As part of the BBC's plans to keep bringing arts to audiences during the Coronavirus pandemic, you'll be able to watch six of the RSC shows from the comfort of your own home over the next few weeks including Macbeth with Christopher Eccleston, , Othello and Much Ado About Nothing

The Globe is offering six productions for free via YouTube, with Shakespeare's Romeo & Juliet available now. Every fortnight, the play will change and next up is the much-loved comedy, A Midsummer Night's Dream.

More details can be found here...

The Royal Albert Hall will be broadcasting some of their most popular productions daily! Royal Albert Home will see artists sharing their work from their homes to yours. Click below to see a list of their upcoming broadcasts...

More details can be found here...

We've teamed up with the lovely people at MUBI to offer Bonington customers an exclusive offer. You can sign-up for 90 days of MUBI's unique streaming service, where you can watch a carefully curated selection of cinema, for free!

Dive in with this brilliant offer and explore a world of incredible cinematic gems...